On Friday, July 7, the feast of the Nativity of St. John the Baptist, Rector of St. George Church Archpriest Igor Tarasov attended the patronal feast celebration at St. John the Baptist Church in Little Falls, NJ. Divine Liturgy in that temple was led by His Grace, Bishop John of Naro-Fominsk, Administrator of the Patriarchal Parishes in the USA. His Grace was co-served by our Rector, as well as a multitude of clergy from the neighboring area:

During the Divine Liturgy, prayers were offered for the clergy and parishioners of the parish that have since reposed. Special petitions for peace in the Ukrainian land were also intoned at the Augmented Litany.

At the conclusion of the Liturgy, His Grace congratulated Fr. Aleksey and the parishioners on the occasion of their patronal feast. In turn, Fr. Aleksey thanked the hierarch for his archpastoral visit and shared prayer. The protodeacons then intoned the Polychronion for the clergy and parishioners of the parish. Through the presentation of Father Aleksey, Bishop John awarded a number of parishioners with archpastoral letters of commendation (gramotas).

After the service, a luncheon was served in the parish hall under the guidance of Matushka Natalia Paranyuk. 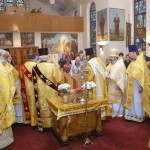 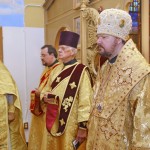 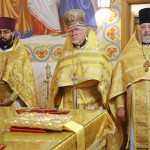 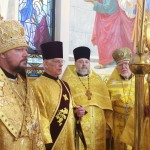 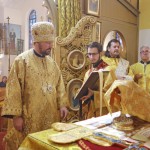 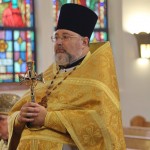 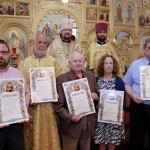 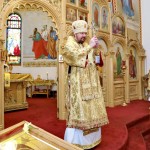 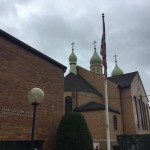