During his vacation the Rector of St. George Church, Archpriest Igor Tarasov visited Ukraine and Spain.

On Sunday, October 14, feast of the Protection of the Most Holy Mother of God, Fr. Igor served the Divine Liturgy at St. Alexander Nevsky Cathedral in Kamenets-Podilsky.

From October 17 until October 24 our Rector was visiting Spain, particularly the Catalonia region. He was given a guided tour through the city of Barcelona, including the local Roman Catholic cathedral where the relics of the Holy Martyr Eulalia are held. This Saint was a 13-year-old Christian girl who suffered martyrdom during the reign of the Roman emperor Diocletian. For refusing to recant her Christianity, she was subjected to thirteen tortures, marking her years of age. The Orthodox Church honors her memory on September 4.

Fr. Igor also visited the Benedectine monastery in Montserrat and had an opportunity to see the miraculous statue of the Most Holy Mother of God which is held there above the main church altar.

On Sunday, October 28, Fr. Igor prayed at the Divine Liturgy at the Nativity of the Theotokos Church of the Kievan Academy at the Kiev Cave Lavra. 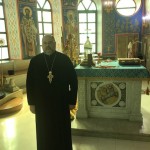 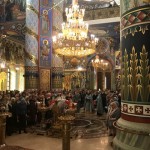 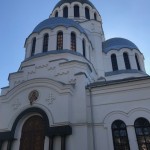 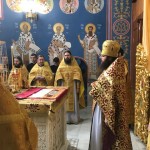 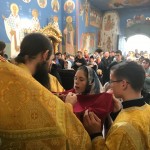 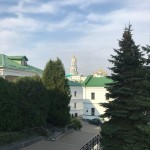 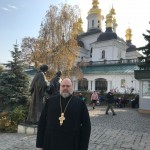