On November 11, on the 24th Sunday after Pentecost, Rector of St. George Church, Archpriest Igor Tarasov served the Divine Liturgy in our temple. Following the Gospel reading he preached the following homily in English:

Following the Liturgy dismissal the Rector preached a short sermon in Russian explaining the main thoughts of his English homily. 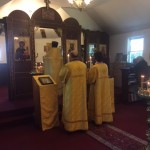 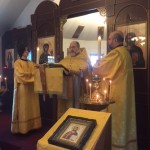 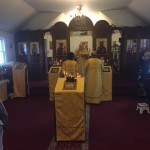 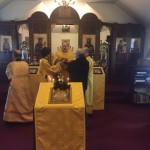 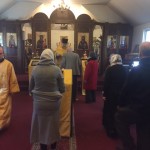