On April 14, on the Fifth Sunday of Lent our parishioners gathered for a liturgical celebration in our temple. Rector of St. George Church, Archpriest Igor Tarasov served the Divine Liturgy. Following the Gospel lesson he preached a homily in Russian. An English translation of that homily is as follows:

The choir prayerfully performed penitent hymns and hymns in honor of Venerable Mary of Egypt during the preparation for Holy Communion.

Following the dismissal of the Liturgy the Rector preached a short sermon in English stressing the main ideas of his Russian homily. He also made announcements about the future celebrations of the Holy Week and Pascha and regarding an importance to receive the Holy Mysteries of Penance and Eucharist in these special days of Lent.

After the Divine Liturgy the Rector performed the Sacrament of the Anointing of the sick. All persons who desired to receive that Mystery participated in the service and were anointed with the blessed oil. At the conclusion of the office the Rector preached a brief sermon about the significance of this Sacrament. 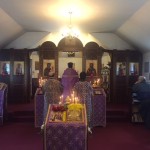 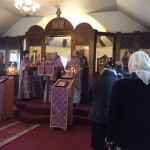 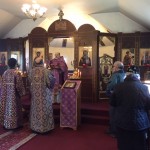 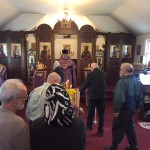 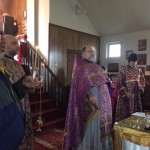 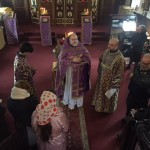