On December 10, on the feast of the Icon of Our Lady of the Sign, the Synodal temple of the Russian Orthodox Church Abroad in New York celebrated its patronal feast. The Rector of St. George Church, Archpriest Igor Tarasov, as well as some of our parishioners, including our Warden and Choir Director, Olga Roussanow, attended that beautiful celebration.

The Divine Liturgy was headed by His Eminence, Metropolitan Hilarion, the First Hierarch of the ROCOR with the six other bishops of this Church concelebrating. They were co-served by a multitude of clergy, including our Rector. The service was very impressive, adorned by the beautiful voices of the deacons and of the synodal choir. At the end of the Liturgy a short Moleben was served before the miraculous Kursk-Root Icon and the clergy and the faithful had an opportunity to venerate that special icon of the Mother of God, called the “Hodegitria of the Russian diaspora”.

Following the Liturgy the bishops, clergy and the faithful enjoyed delicious lenten luncheon at the church hall. 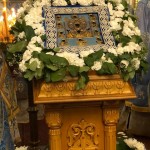 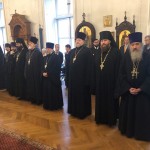 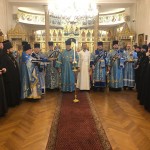 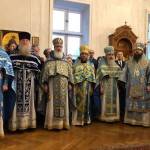 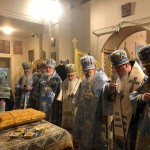 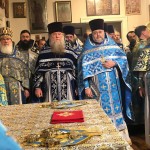 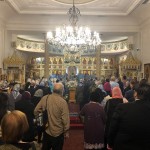 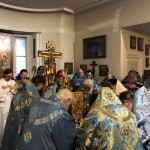