On January 7 the Russian Orthodox Church observes feast of the Nativity of our Lord Jesus Christ, also known as Christmas. Our St. George Church had a nice celebration of that holy day.

On January 6, on Christmas Eve, our Rector, Archpriest Igor Tarasov served the All-Night Vigil. That service consists of the Great Compline, Matins and the First Hour.

On Christmas day, January 7, our Rector served the Divine Liturgy. Despite the snowfall that occurred that morning, most of our parishioners came to the temple to participate in the divine service of the great feast.

Following the Gospel lesson the Rector proclaimed the Christmas Sermon of Venerable Isaac the Syrian.

After the Liturgy dismissal the Rector and the altar servers performed the rite of glorification singing the troparion, kontakion and magnification of the Nativity before the festal icon in the middle of the church. Then the Rector greeted the faithful on the occasion of the great holy day of the birth of the Son of God. He preached a sermon concerning the two aspects of the feast.

First, as the Rector pointed out, we should reflect upon the Incarnation of God – that God became Man. Jesus Christ became one of us, completely the same as we are, except sin. And when we think of that, we may say that our human nature is corrupt, so it is natural for us to be sinful. However, as the Holy Fathers, especially Venerable Maximus the Confessor, stressed, sin was not a part of human nature at the beginning. Thus it was completely right and understandable that Christ assumed our nature without sin. This idea should encourage us to strife for perfection in Christ.
Secondly, we should note that the Nativity of Christ happened almost in secret. It was not known to the most of the world. The Holy Family came to Bethlehem due to the census conducted by the Ceasar and the Virgin Mary did not intend to give birth there. The Holy Family was not known in that area and it found no place to stay, just a cave serving as a stable. When Christ was born there, only the shepherds enlightened by the Angels came there. Later the wise men arrived being led by the mysterious star. And Herod learned later and was disturbed. No one else knew about that event. In the similar way, we, Orthodox Christians, sometimes feel when we celebrate Christmas according to our calendar, in this country. Most of the people here have already celebrated. And they did it in the opposite way: many had their Christmas party before December 25. We should celebrate today and be merry after, not before Christmas. And we do it in our way being a minority in the society. But we should be encouraged by that also, keeping in mind that we, in some way, resemble those to whom the Birth of the Savior was revealed. And we should remember that at the second coming Christ will come openly and His coming will be known to the whole universe.

After the Rector’s sermon the parish Warden, Olga Roussanow had a speech in which she congratulated Archpriest Igor Tarasov on the occasion of his 32nd Anniversary of priestly ordination. Traditional Polychronion (“Mnogaia leta!”) to Fr. Igor was proclaimed.

Our celebration continued at the trapeza table where a tasty luncheon was prepared by our parishioners. Everybody enjoyed delicious meals and a nice company. Several toasts in honor of Fr. Igor were raised by parishioners and the Polychronion to our pastor was sung again. 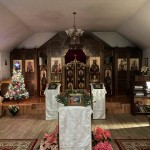 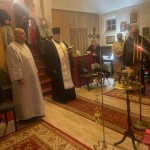 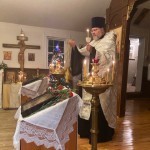 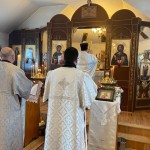 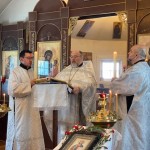 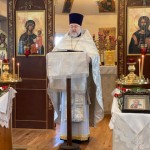 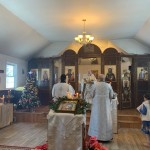 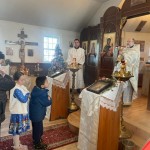 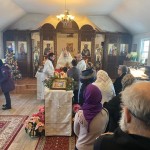 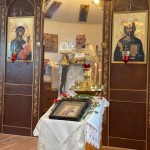 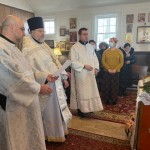 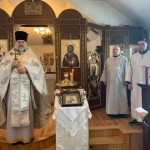 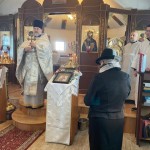 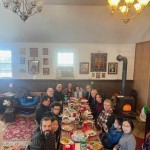