The Rector, Archpriest Igor Tarasov had a speech. He first spoke about our spiritual state. The Rector mentioned that during the last year our parish grew acquiring 4 new members, most of whom converted to the Orthodox faith. Our attendance increased and despite difficult times of the pandemic we made certain progress.

Secondly, the Rector reported on financial situation. He stressed that in the last year our parish did well receiving some generous donations. Despite our challenges, parish revenue was relatively high. Most of the donations were given by some generous parishioners (like Tamara Gusnezow and Emilian Suric) and fiends of St. George (like Stelios Tatsis). Others were also supporting the church, perhaps not so noticeably. However, it is known that some of the parishioners offered their time, labor and assistance in performing different parish activities, for which we all should be grateful.

Our expenses increased. Partially it was due to the fact that last year we had to incur certain unexpected spendings, like removal of the fallen tree on the church property. Partially, the removal was covered by Emilian Suric who also organized the work, but the parish had to pay also.

After accepting the financial report, the Rector and parishioners discussed the work of the parish lay activists. While the performance and dedication of our parish Warden and Sacristan were noted and commended, the performance of the Treasurer was discussed with some criticism. After certain remarks and suggestions, the parish Treasurer assured the Rector and parishioners that he will pay closer attention to the matters discussed. It also had been decided that the duties of the Treasurer will be adjusted, so he will be assisted in his work.

Having discussed some other matters the meeting was adjourned. 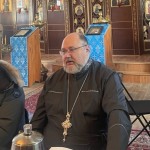 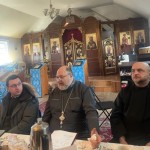 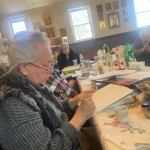