On July 17, on the 4th Sunday after Pentecost, Rector of St. George Church, Archpriest Igor Tarasov served the Divine Liturgy in our temple. Following the reading from the Holy Gospel he preached the following homily in English:

Further during the service, before the Holy Communion, the church choir beautifully and prayerfully sang the hymns dedicated to the Royal Passion-bearers.

Following the Liturgy dismissal the Rector made some announcements regarding the future services and parish events. 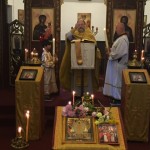 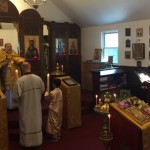 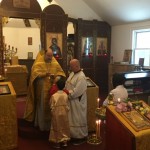 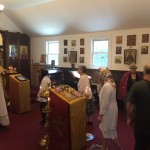