Our parish of St. George the Great Martyr sent two delegates to the Convocation: our Rector, Archpriest Igor Tarasov and our Warden and Choir Director, Olga Roussanow. Fr. Igor as the Chancellor of Patriarchal Parishes was primarily responsible for preparation of that gathering along with the members of Pre-Convocation Committee.

Convocation began on Monday evening with the Prayer service at St. Peter and Paul Chapel, headed by Bishop Matthew, co-served by Archpriest Igor Tarasov and Archpriest Alexander Golubov, cleric of the New York Cathedral.  A Litia to commemorate the deceased clergy and lay people of our Parishes was also performed.

After the service, Bishop Matthew greeted those present and wished everyone successful and productive work.  The delegates expressed a wish to ask for a blessing from His Holiness, Patriarch Kirill of Moscow and All Rus’, and adopted the text of a telegram that was sent to His Holiness.
Bishop Matthew presented to the participants of the Convocation the candidates to serve as co-chairmen, recording secretaries and heads of the committees, which were approved by vote. Chancellor of the Patriarchal Parishes in the USA presented the schedule of the Convocation and the procedure for its holding.

The gathering was attended by over 50 clergy and laity, who represent 27 out of the 33 Patriarchal Parishes in the United States and Mexico. At the invitation of Bishop Matthew, the Convocation was attended by Priest Dimitry Nedostupenko, Secretary  of the Sourozh  Diocese and Priest John Kazadoev, cleric of that diocese.

The second day of the Convocation, October 1, began with the report of His Grace, Bishop Matthew.
In his speech, the Archpastor presented actual statistics on the parishes of the Moscow Patriarchate in the United States, conducted a comparative analysis of the changes that have occurred since the last General Convocation of the Patriarchal Parishes in the USA in 2014, and spoke about the most significant events in the church life. After his report, Bishop Matthew answered numerous questions from those present.

Treasurer of the Patriarchal Parishes, Panagiotis Billis reported on the financial affairs.  After discussion his report was approved by the delegates.

Then the delegates listened to the presentations prepared for the Convocation. The list of those presentations was as follows:
- Priest John Kazadoev, cleric of the Diocese of Sourozh: “Me, Myself and Christ – the Search Nowadays”.
- Archpriest Igor Tarasov, Rector of St. George Church in Bayside and Chancellor of the Patriarchal Parishes: “An Overview of the Rules on Receiving Holy Communion”.
- Priest Stephen Kaznica, Rector of St. Peter and Paul Cathedral in Passaic, NJ: “Restoration of a Canonical Form of Parish Administration”.
- Joseph Trindal : “Developing Sustainable Preparedness to Active Assault Situations”.

Following the presentations Head of the Nominations Committee, Archpriest Timothy Barna, introduced to the participants the candidates to become members of the Bishop’s Council nominated by the parishes.  Following the discussion of the candidates, it was proposed to have a vote on them on the next day after the Liturgy.

On Wednesday, October 2, on the final day of the Convocation, Bishop Matthew celebrated the Divine Liturgy at St. Peter and Paul Chapel of the Antiochian Village.  He was co-served by our Rector, Archpriest Igor Tarasov, Chancellor of the Patriarchal Parishes, as well as priests who are members of the Bishop’s Council, Deans, and Priest Dimitry Nedostupenko, Secretary of the Sourozh Diocese. The deacon’s rank was headed by Protodeacon Igor Panachev, cleric of St.Nicholas Patriarchal Cathedral in New York.

During the Liturgy, Bishop Matthew ordained Reader Oleg Serebryanov to the rank of subdeacon to Our Lady of Kazan Church in Spokane, WA.  The altar server of the same church, Dionysius Butt, after being made a reader and a subdeacon, was ordained a deacon.

After Holy Communion the Archpastor, clergy and laymen venerated the Holy Cross.

His Grace cordially greeted the participants in the Liturgy, and congratulated Archpriest Igor Tarasov and Protodeacon Igor Panachev on the occasion of their name day, the memory of St. Igor of Chernigov.  The Archpastor awarded them with Bishop’s Recognition Certificates (Gramotas) for their diligent service to the Church.

Following a breakfast the delegates convened for the continuation of the Convocation work. They listened to the last presentation prepared by Hieromonk Tikhon (Pashkov), Rector of Our Lady of Kazan Church in Spokane, WA titled “The Monastery Renewal and Revival of Monastic Life in the Patriarchal Parishes”.

Then an interesting discussion followed regarding our plans to celebrate 50th Anniversary of Patriarchal Parishes in the year 2020. A Preparation Committee had been elected and certain ideas regarding that celebration were discussed.

After lunch the elections to the Bishop’s Council took place. While waiting for the results of the elections the delegates had an opportunity to listen to the additional report made by Abbot Nicodemus (Balyasnikov), Secretary of the Patriarchal Parishes regarding St. Nicholas Cathedral’s ministry among the youth and people addicted to alcohol and drugs.

Following that interesting presentation the election results were announced by Archpriest Timothy Barna, head of the Nomination Committee of the Convocation. The newly elected members were confirmed by the Bishop who expressed his wishes of God’s help in their future work. Our Parish should be proud that our Warden, Olga Roussanow was elected a full member of the Council while before she served as an alternate member.

At the end of the Convocation the participants headed by His Grace visited the grave of St. Raphael of Brooklyn located at the Antiochian Village. A short Prayer service to give thanks to the Lord for the completion of the gathering was held there. His Grace, Bishop Matthew expressed his gratitude to the participants and wished all of them a safe trip home.

Those who wished to stay at the hospitable Antiochian Village remained there until the next morning and had a chance to visit the Flight 93 National Memorial located not far from the spiritual center. 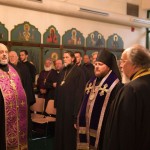 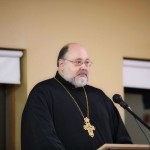 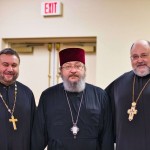 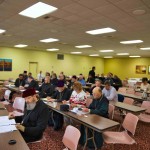 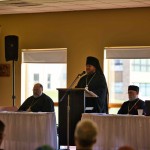 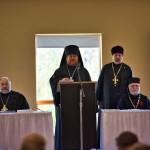 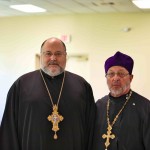 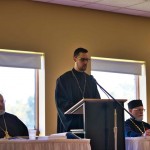 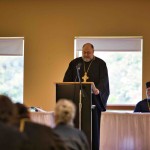 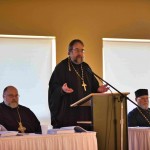 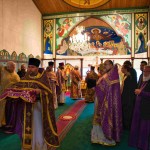 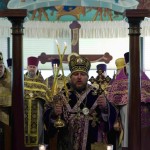 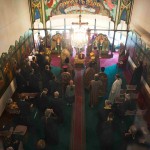 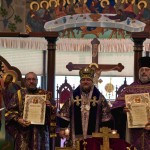 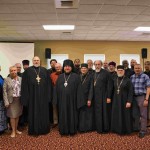 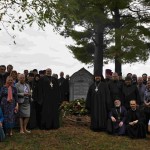