On February 6, on the 33rd Sunday after Pentecost, feast of the New Holy Martyrs and Confessors of the Russian Church, we had a beautiful celebration at St. George. Our Rector, Archpriest Igor Tarasov served the Divine Liturgy in our parish temple. After the reading from the Holy Gospel he preached the following homily:

The choir beautifully performed the magnification and the stichera of the New Martyrs and Confessors of the Russian Church during preparation for Holy Communion.

Following the Liturgy the Rector performed a memorial Litia for all the deceased who perished during the times of godless persecutions of Christian faith in Soviet Union.

After the service the Rector greeted Anton and Maria Malyshev on their past name distributing the Theotokian prosphora among them. He also congratulated Andrew Malyshev on the occasion of his birthday. Traditional Polychronion was proclaimed on behalf of each one of them.

Following our services the Rector and some parishioners stayed for the coffee hour and enjoyed delicious refreshments and a nice conversation. 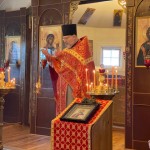 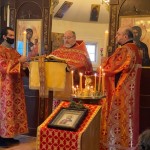 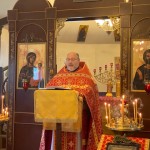 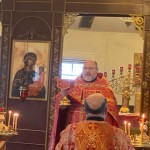 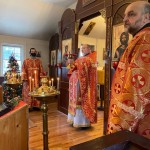 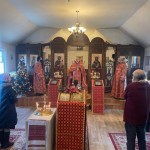 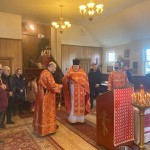 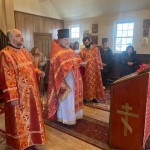 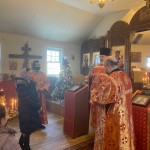